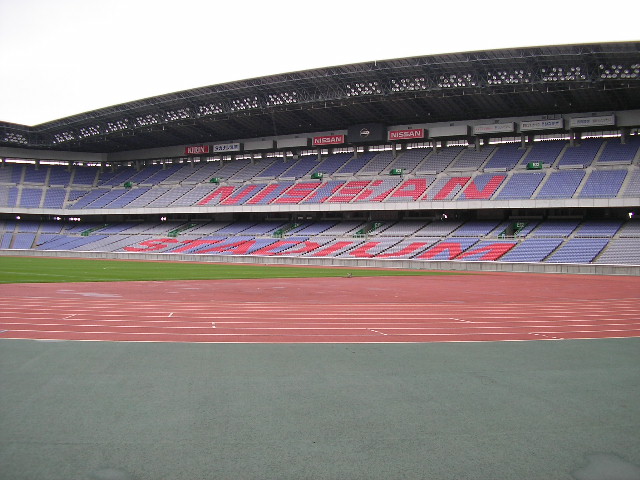 A year ago, normal service was resumed in the game against serial bus-parkers Sanfrecce Hiroshima. Auckland City went to Japan and were beaten without scoring, a tradition established in our first appearance there in 2006.

If last year saw a much changed team from the heroics of 2014, this year saw few changes and the return of Fabrizio Tavano. City’s strength in depth was needed with Mario Bilen pulling up with a hamstring tweak in our friendly against S.C Sagamihara and Te Atawhai Hudson-Wihongi doing his cruciate ligament in the week before the team travelled to Japan.

Yokohama was the venue and it looked bloody freezing. Kashima Antlers, a team described as physical and bloody minded in the pre-match comments, were wearing those Arsene Wenger style jackets right up until kickoff. City didn’t, and it was pleasing to see a lack of gloves from the Navy Blues too. Brrrr.

At Kiwitea, fifty supporters and club staff sat in the dim light of the club bar, serenaded occasionally by Bucketman’s guitar plucking. He’s got the FIFA anthem thing down pat now, you’ll be glad to hear. Hudson-Wihongi and his family were also there, providing us with insight into the team’s play and regular thumps of a fist into the table when passes went astray. Love the passion, Te.

City had the best chances of the first half. Only a mild brain-fade from Takuya Iwata brought Zubikarai to life, chesting and then clawing the ball away after some ping pong between the two. 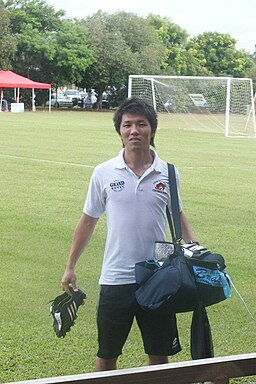 Congrats on the baby girl Takuya!

Tade had the best chance after Taku broke clear on the left, but he mishit his shot and it headed straight for the Kashima keeper (who looked suspect under pressure, bonking balls into the crowd).  Dae Wook Kim also threatened with a header, but couldn’t keep it down.

The game ebbed and flowed, both sides pressuring but being resolute in defence. The role that Tavano and Lewis played in midfield, scurrying pressure ahead of Albert Riera, ensured that Kashima were reduce to angled balls through but they just couldn’t get them right. Up front for City, Moreira was used as a stepladder by his opponents on a few occasions and the combination of Tade and De Vries meant the Japanese champions did not have too much time on the ball.

The coffee came out and the pork rolls were sleepily put together in the clubhouse. Forty-five minutes down. Last year we were a goal down at this point. That’s an improvement. The first fifteen minutes of the second half would be vital and out came the Navy Blues. They had stuck to their game plan and kept their opponents at outstretched arm’s length, while creating enough chances that they could see there was a way to win this.

Five minutes in, Emiliano Tade, working down the right hand side, was chopped down. Free kick.

Some earlier set pieces had been played short, opting to retain the ball rather than provoke a counter attack. Out on the right wing, just outside the Kashima penalty box, it was time to mix it up.

Dae Wook Kim. He scores headers. He’s scored some bloody good ones recently, against Team Wellington in the fateful NZFC final last season and in the OFC Champions League.

It had to be him. Tade fired the ball in, a beautifully aimed cross into the box. Up went Kim on the run, bulldozing his marker and angling his header straight through the arms of the despairing keeper.

At Kiwitea, we all went mad for a moment. Kim hared towards the touchline, thumb in his mouth before being swarmed by players and substitutes. In the technical area, Ramon roared before turning towards his bench – arms pumping.

It was happening. It was on. It was the beginning of the most tense period of watching Auckland City that I could remember. Had we scored too early? There were still forty minutes of the half remaining.

Kashima made a change, bringing two strikers on. Their 4 – 4 – 2 formation had been getting near the right positions, but without the end product. City, following the goal, dropped deep. Too deep maybe, particularly as the game wore on.

City were drawing for forty-nine minutes and winning for nearly twenty. The equaliser was a result of Kashima pressing en masse, forcing City back while attempting to drop off into the space. Iwata was caught flatfooted by a through ball to Akasaki who arrowed his shot into the far corner – evading a diving Kim and keeper Zubikarai in the process.

Drawing though, isn’t losing. But with twenty minutes left to play, Kashima began to show the benefits of professionalism in terms of fitness. They had won the J League after going a goal down in the final match and they began to take advantage of a tiring City.

Still. City drew for another eighteen minutes of regular time.

Darren White couldn’t cut out a cross to the back post. With a free header there, Zubikarai made the reasonable assumption that Akasaki would place it on target. Instead, he headed across the box to where Mu was a step behind Albert Riera who couldn’t get airborne to prevent him heading home.

Kashima led for just five minutes. Two minutes of regular time and three added. But they were the last five minutes, and that’s what mattered in the end. Micah Lea’alafa made a cameo from the bench, although with ten minutes left he had little time to grow into the game. The same for Nicolai Berry, brought on with one minute to go.

It was half one in the morning. Time for bed.

City achieved some milestones, despite the result. It was the 100th game of the Club World Cup, and City have played 13 – more than almost any other team. They scored, no, they led against the Japanese Champions, breaking a ten year old barren streak. They showed that they could mix it with the best, and that 2014 wasn’t just freak luck.

Next year the tournament is in the UAE. Maybe City can dream big again.