With the Group Stage done, here’s a look back at the tournament so far.

The opening games were tight and tense, although Dimitri Payet lit up the Stade De France with that late screamer in their 2 – 1 victory over Romania. Elsewhere Northern Ireland taking their first win in a competition since 1982 against a seriously shonky Ukraine was a joy for the fan of the little guy, as was Wales finally making a tournament after a 58 year wait.

But when it mattered, in the final round, things finally got interesting. Hungary being held to a draw by Portugal, Wales topping their group and battering Russia. Best game?

Probably either of the 2 – 1 results, with Croatia surviving a penalty scare to beat Spain or Iceland’s screaming 93rd minute winner.

If you like headers, this has been the tournament for you. But among the keeper flapping nods into the net, including a couple of those slow arcing headers that seem to take forever to cross the line, Luka Modric has drifted a lovely strike in from well outside the area, while Wes Hoolahan has demonstrated exceptional skill and timing to belt in a bending volley. Marek Hamsik’s strike against Russia was also the stuff of schoolyard dreams.

Ronaldo scored the cheekiest one with his heel, but Graziano Pelle’s six yard volley gets my personal backing – just because he could have got it so wrong, but didn’t. Classy.

Germany are businesslike. France are typically fluctuating. Spain are declining, but still dangerous. Italy are workmanlike, but grind the results out. But in terms of team, look beyond the top rankers to the little guys.

Iceland win it for me. 300,000 odd of them, on the sort of football adventure that you can only dream of. Unbeaten in the group stage, scoring last minute winners, sending commentators completely delirious with joy.

He hasn’t played a single minute in the tournament, but Will Grigg is on fire.

It has to be Him. As Hungary went 3 – 2 up the cameras cut to one of the worlds best players doing a fine attempt at ‘toddler who wants more ice-cream even though there is no ice-cream’.

Honourable mention. Him, again. Throwing a microphone into a lake? All class, Ronny.

You’ve just lost one nil to a late goal against a team that nine times out of ten you’d beat. You’ve been relegated to the bench by your manager. What do you do? You go and congratulate the opposition management team. Gigi Buffon, you classy bastard.

Well, Will Grigg hasn’t played yet – though he’s already swapped shirts with Mats Hummels. Ronaldo rocked up to the last game, finally. Payet is sparking, but not fully alight. Gabor Kiraly’s tracksuit bottoms are a strong contender.

Nah, it’s Bale. Scores goals when he needs to, like a player should. Gareth wins it.

Almost a tie between Ukraine and Russia, but Ukraine fans don’t get members of their official delegation deported, then sneak back into the country, then get deported again.

Marseilles streets resembling a Green Street version of Call Of Duty thanks to England and Russia supporters. The Stade Velodrome being treated like The Old Den in the mid 80’s. Croatia supporters protesting their own deeply dysfunctional F.A by throwing flares on the pitch. Garry Birtles’ commentary. Switzerland’s crepe paper shirts. Take your pick.

England v Slovakia. Stodgy, uninspiring, dull as hell. And that was England’s attempts at attacking. Slovakia dug in, ground out the result. Boooooring.

Have you seen this man? 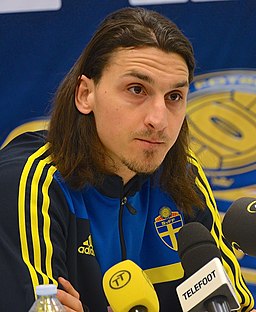