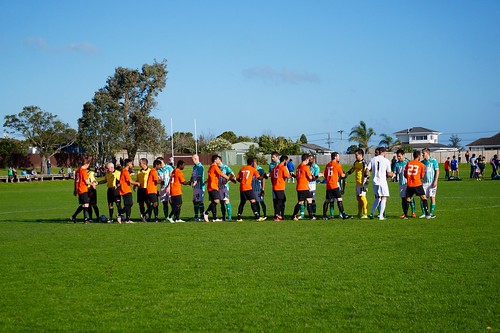 Overnight rain had left the ground slightly sodden, but firm enough to walk on out on Te Atatu Peninsula Park. The sun was shining but the wind was ripping across the pitch, an endless end to end blow that would benefit whoever were kicking with it at their backs.

Te Atatu came into the game off the back of patchy recent form with an 8 -0 walloping of rock bottom Northland FC followed by a loss and a draw to the two teams ahead of todays opponents, third placed Manukau City. Last week they’d put 5 past Albany, but conceded 2 in the process.

City arrived at the park with the most parsimonious defence in the division, shipping only 5 goals in their 8 games so far. Goalscoring’s been an issue for them, although only compared to Takapuna and Waitemata who have scored 27 and 26 goals each in just 8 games. Blimey. Haidar Jabir was a familiar face in the orange of Te Atatu although, as one of the City supporters noted, their kit did make them look like a lot of traffic cones. 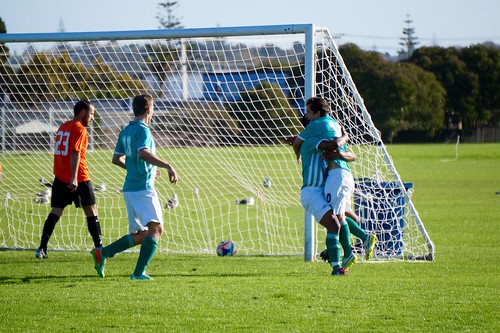 Not just the kit, to be honest. Leo Berlim combined well with Uba Nunez, who fired home Manukau’s first from left of the penalty spot. His eighth of the season.

City’s movement down the right hand side was causing the Te Atatu defence all sorts of problem, and when Connor Stoton went on a run and veered into the area, his marker couldn’t not bring him down for a penalty. Nunez, again – his second of the afternoon. 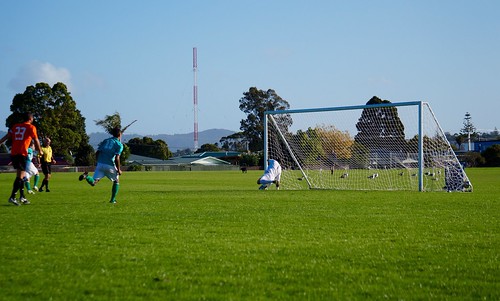 Te Atatu were fired up now and some neat passing through the middle saw them hit the post with the defence and keeper beaten. The pressure mounted, pinning City back in their half and eventually one challenge just inside the area drew a penalty for the home side. Norris took the spot kick, City’s keeper got a palm to it but it nestled into the side netting making it 2 – 1.

Not for long. Immediately from the kick off City ventured down the right hand side, pinging a ball across the box that the Te Atatu defence failed to clear. It dropped for Uba Nunez  who, under the challenge of the onrushing keeper, dinked the ball over and completed his hat trick. 3 – 1. 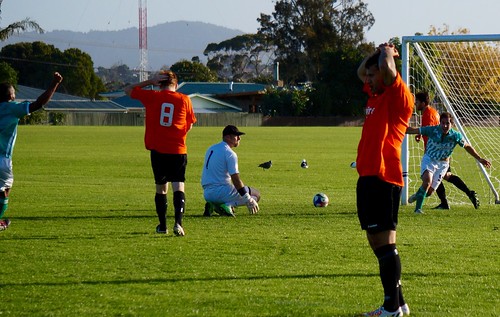 The score didn’t change by full time, but as the sun drifted down and the temperature lowered, the atmosphere certainly did. The first half had seen some rather physical play between the two sides and the dialogue between the players and their opposition benches didn’t exactly add to the game, although any kids listening would have learned some very rude words. It’s not edifying to see though, is it? Adults deciding to swear and bluster – and that goes for both sides in this case. It’s a game, lads. 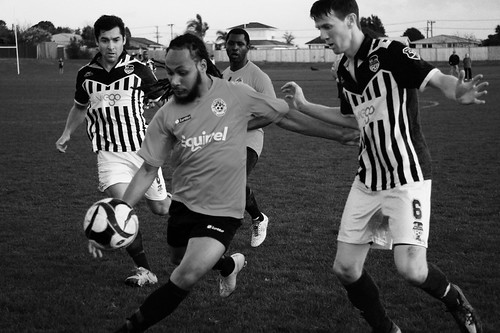 Substitute Lome Funafuti on the ball for Te Atatu

Te Atatu hit the post again at the other end, while a counter-attacking City seemed happy to soak up the pressure. I say happy, coach Fallon wasn’t happy with his team dropping deeper. 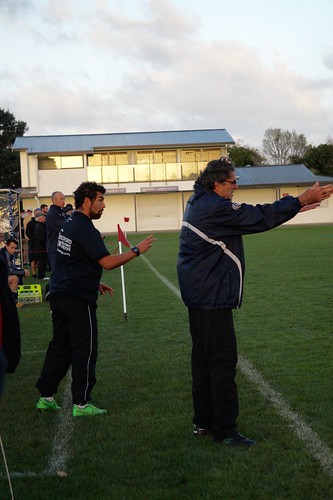 The aggro ratcheted up when Prince Quansah, the Te Atatu #15, began complaining to his bench, the City bench, his own players and anyone within ear shot that the referee was slowing down the game. He’d been a handful all game, but he got louder and less effective the louder he got. This drew derision from the City supporters behind the tape and a back and forth started, none of it high quality conversation.

So he called one of them a faggot. I’ve sent a complaint in about it. I don’t go to watch football to see someone demonstrate their prejudice. He was yellow carded for one of a few niggly challenges, but he shouldn’t have been on the pitch. 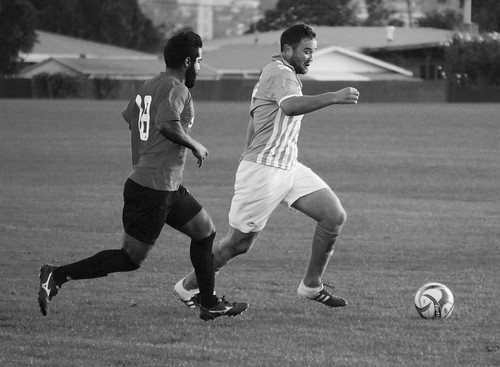 Hone Fowler on the ball.

Te Atatu, have a word with him.

More photos can be found by clicking below. They are reusable with photographer credit.