For most clubs the season is well underway already, with the Chatham Cup Round One taking place this time next week. However, for one league of teams Friday night saw the curtain raiser for the league. The Auckland AKSS Football Premier Boys league is a traditional source of future All Whites and home to a few familiar faces for those who follow the NZFC. Captaining Sacred Heart was U17 star Lucas Imrie, with Chris Milicich in the dugout for their opponents, St Peters.

Bill McKinlay park is probably the best venue for watching the game in Auckland. The grand stand along one side of the pitch allows cover and the ability to stand or sit while watching the game. This was fortunate because Sacred Heart’s boarders had come along to support their side and spent the whole game stood, three deep, urging their team on. 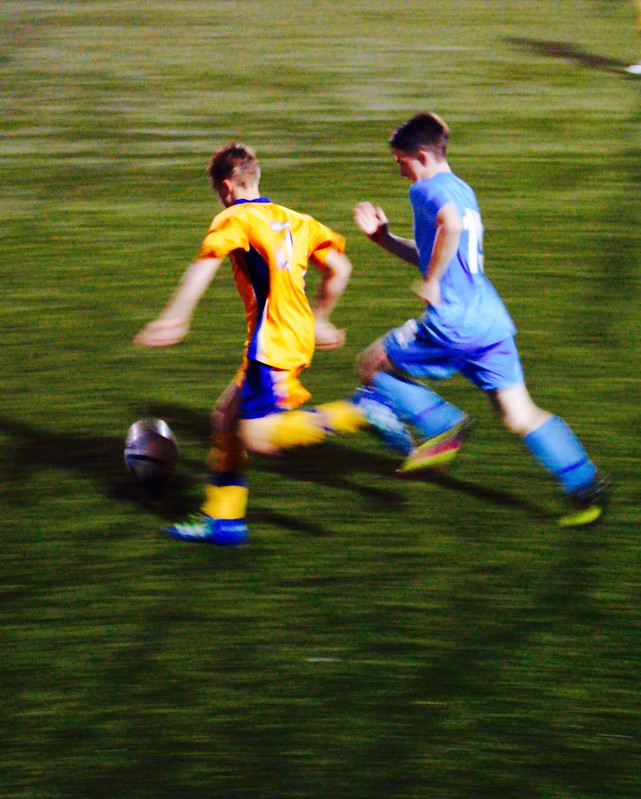 The game itself was played at pace in the first half and the technical ability of both teams was clear from the off, both teams attempting to pass their way into the lead. The crowd of 200 or more was evenly split between the two sides, but the Sacred Heartcore (a name I just made up) had brought drums, air horns and even an old school bullhorn to conduct their chants. The Fever and the 248 have got competition.

Heart had the best of the first half with a near miss from the impressive Tawanda Marowa who dared to Zlatan with a backheeled finish that skidded across the face of goal and St Peter’s keeper David Kolomatangi making an excellent stop one on one. They eventually took the lead near its end. It was a goal created through perseverance down the right hand side, with Heart refusing to let a ball go behind for a goal kick, sliding it across a crowded area for Alex Grieve to slot home underneath a diving keeper.

The second half started brightly with Heart hitting the post early on. But there were some nerves evident with the lead at just a single goal. St Peters had come out intent on getting even and Caleb Olney managed to shrug off Kelvin Kalua while chasing a ball, although his shot could only find the side netting. Kalua, by the way, had spent the first half energetically clearing everything that came his way. Impressive.

I’ve seen some well worked freekicks of later, and St Peter’s attempt at a dink over the wall to be backheel volleyed in was certainly innovative. Keegan Smith watched the ball helplessly, but it drifted over to a sigh of relief from the home support. 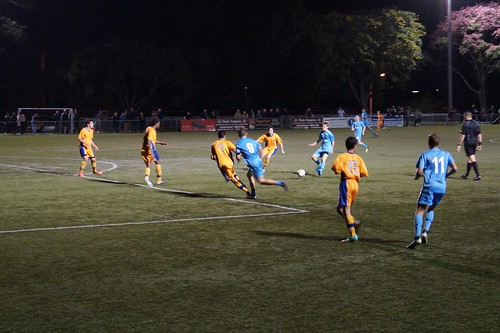 St Peter’s threatened from crosses across the box but just lacked a finishing touch in the right place. Chris Millicich was very vocal throughout the game, encouraging and coaching from the sidelines.

But Heart scored a second after a mishit clearance allowed captain Lucas Imrie to score via a deflection. The Heartcore sang of their belief in Imrie.

The game became disjointed, with Heart happy to drop deep and defend with Imrie the lone striker. Matthew Palmer had come on and made himself known with a seriously solid challenge within minutes, getting booked a few minutes later for a second similar full blooded attempt. Steady on there. Luckily there was the Argy Bargy song.

Heart’s third came from Imrie again, bouncing agonisingly on and over the line as Kolomatangi tried to keep it out. Ouch.

There’s often a complaint that college rugby attracts more spectators than the NZFC or the NRFL. Given the crowd here tonight, I’d say that college soccer is also giving them a run for their money. A nearby spectator told me there’d been ‘over a thousand’ turn up for the College knockout cup semi-final last season.

And under the lights on a Friday, in the comfort of a traditional stand, who can blame them? #FridayNightFooty has definitely got its benefits.

Full gallery of photos taken by Roz Palethorpe can be found here. 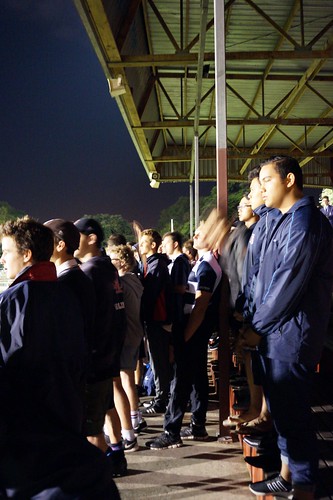