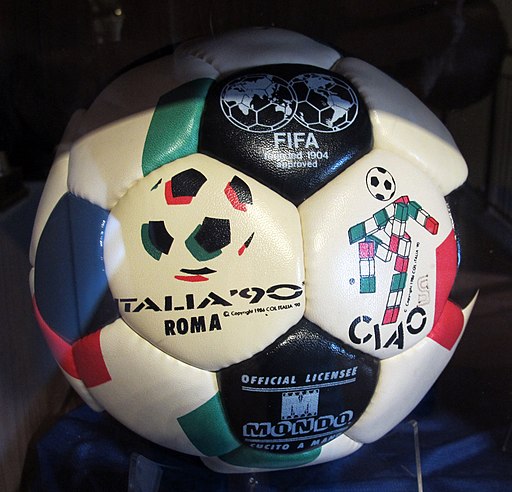 Nessum Dorma and all that.

As the twenty five year mark rolled around for Italia ’90, those who were there and old enough to recall dusted off their memories and flocked to YouTube where, inevitably, the pre-digital footage didn’t seem quite as vibrant as their emotion soaked memories. It’s a strange thing isn’t it, the infusion of nostalgia into such a hopelessly compromised econo-business like football. Although, to be fair, the 1990 edition of the World Cup was pre-Premier League, pre-Champions League, pre-brand identity and pre-metrics. It’s hard not to view it with fondness.

If there’s a familiar thread connecting those who lionise former tournaments, it’s one of age or coming of age. Amy Lawrence’s Italian adventure happened when she was eighteen. The edge of youth and the approach of adulthood breeds a curious time, where disposable income and a relatively insecure understanding of just how much you’ll wish you’d saved your money later on breeds a carefree attitude towards life. To put it more bluntly, getting a bit drunk in your late teens and early twenties can seem pretty marvelous before the responsibilities of adult life kick in. But at the time though, and in the moment, the summer is long and the shape of it determined by a fixture list, the cash in your pocket and the availability of cold beer.

Flags. Boats. What more could you want?

Everyone has their own tournament. This blogs founder, Enzo, had his during the Italian heartbreak of 1994. My own moment was ten years later at Euro 2004. I was nineteen and on the verge of escaping a sprawling Midlands nowhere. The summer itself was probably unremarkable. Not that I would have known, spending most of it in the pub. The smoking ban was yet to kick in, meaning the only reason to go outside was genuinely to get some fresh air. The pub had fake grass on the bar, the emergency exits were wedged open because of the heat and there were some truly awful football related songs being played by the enthusiastic DJ.

Looking back, eleven years on, it’s hard to believe that there hasn’t be an England performance to match in subsequent tournaments, in terms of fluidity and attacking intent. It was a transition point, between the pre and post-millennium caps, where the experience of Scholes, Neville, Beckham and Campbell mixed with the likes of Rooney, Lampard and King, all playing at their first international tournament. Would  it provide something a little special, a little more than the sum of the parts? Looking at the line up for the first game against France, it’s hard to see where the dead weight was in the side.

Mind you, that French side ain’t bad.

This was the start, this was the time, this was the golden generation. I mean, apart from the fact that to accomodate Gerrard and Lampard in centre mid the most talented English midfielder of his generation, Paul Scholes, was shunted out to the left wing. Seriously, Sven, what was that all about? Anyway, sod it, we had the team and the talent. We had Ian Walker as a backup goalkeeper. We had Phil Neville. We had Kieron Dyer. And despite that, we really believed we had a real chance.

Then we lost. Despite going one nil up and Rooney winning a penalty that Beckham missed, we lost. We lost in three minutes at the end of the 90, after we’d led and hung onto the lead and then (my personal England hero) Emile Heskey gave away a free kick which a peak-career Zizou duly dispatched. Then, and I’ll remember the groan that rattled the pub windows, James tripped Henry in the area after a shoddy backpass from Gerrard and suddenly we’d lost the game, having led for most of it. For fucks sake. Shots all round, downing the last of the lager jug and cursing James and Heskey. Gerrard escaped the viciousness, because obviously he’d never make a major mistake to lose a major game again, would he?

In the next two group games though, Rooney rose. Not the hair transplant moody turf rumbler of 2015, but the bombastic, aggressive, fearless and frighteningly quick teenager who had no disappointments, no expectations weighing him down. Goals, terrorising Switzerland and tearing Croatia apart, were instinctive but very much part of the team. We’d heard Sir Alex talking about Ryan Giggs gliding after the ball like a cocker spaniel chasing silver paper, most of us recalled the summer of 1996 when an already downwardly tracking Gazza performed wonders and everyone remembered Owen’s billy whizz legs carrying him into history against Argentina. This lad, though, was ours. He was our age, he was our hero.

He relied on team-mates crosses for his first against the Swiss, a neat reverse pass for the second, dropping deep to pick the ball up for his first against Croatia and running onto a perfectly weighted pass for his final tournament goal. I mention this because in the years since it’s like he has forgotten that he could be a part of a team, instead believing that he has to do it all himself and finding, frustratingly, that he can’t. The bellow of his name whenever he got on the ball, lashed out at an opponent or got near the ball was deafening. The belief was crystallising off the ceiling, or maybe that was just the beery sweat of a hundred yearning teenagers. 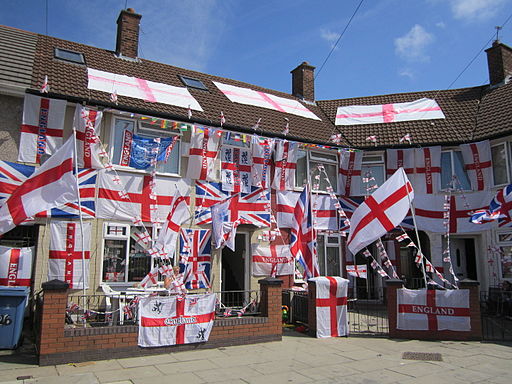 Some people may have got a bit carried away.

Then Portugal. The hosts, for whose own ‘Golden Generation; this tournament marked a final chance at glory. Madrid’s Luis Figo, AC Milan’s Rui Costa, Lazio’s Fernando Coutinho, Paris St. Germain’s Pauleta. Some young lad from Manchester United called Cristiano Ronaldo who, from his showings in the Premier League, was all flicks, tricks and dives and no bloody end product. He’d never beat the real Ronaldo, we agreed, then still at Real Madrid. They were beatable, this lot. Definitely. Beatable. Another beer? Why not. Pass the jug.

One nil up. Owen, early on. Too early. Way too early. Rooney goes off injured, a metatarsal – the injury that would haunt England in 2006 and 2010. For some reason Darius Vassell comes on, despite him offering much the same as his strike partner. Had Heskey, big brave honest Emile, come on to resume his successful Liverpool partnership with Owen, perhaps there was a second in it for us. But we hang on in there until the 83rd minute when Helder Postiga, who’d been utterly shit at Spurs all season, scored.

He must have done something terrible in a past life.

Then glory, absolute unrestrained glory, as Sol Campbell heads in on 90 mins. The place goes absolutely mental, there’s cheap lager and broken glass everywhere. Justice for Campbell, whose excellent header in ’98 had been ruled out after a foul by Alan Shearer. Except the referee was indicating a foul, and it had happened again and it’s at this point I should say that right then, before the full kit faking at European cup finals, before the racism and cheating on his wife, right then I started to hate John Terry with a passion for backing into Ricardo.

It was over. A fight kicked off in the pub as whatever it was that had been holding a disparate group of drunken teenagers dispersed. The post-match analysis began with another round of drinks and the hope that Germany, in two years time, would see more of the same. We wouldn’t.

It’s revealing that three teams who failed to qualify from the group stages in 2004; Italy, Germany and Spain have gone on to win all of the European Championships and World Cups since. In contrast, since 2004, England have registered a single goal in the quarter final stages of major tournaments, scored by Matthew Upson in the 4 – 1 defeat by Germany in the 2010 World Cup in South Africa. There have been four managers, one failed qualification and a sense that there was something missing from the side, an absence of belief or coherence or just the luck that sides need in terms of injury and form.

Perhaps what was missing was that sense, that feeling that we felt as we sat in the pub on those blazing hot days. That we had a chance, that this time we had a chance. And perhaps that’s it, that 2004 was the chance for that group of players, the retired centurions and those who are still playing, to fulfill their destiny in an England shirt. They had their chance, their moment. And they missed it, one summer in Portugal.